Elden Ring is a game with a lot of stuff- a lot of caves, a lot of catacombs, a lot of items, a lot of NPCs, a lot of deaths, and you guessed it, a lot of bosses. And while there are only a dozen or so bosses that are actually required to finish the story, there are well over a hundred bosses in the game, from end-of-catacomb repeats like Ulcerated Tree Spirts to absolute wall bosses like Soldier of Godrick. It's something I really enjoyed about the game, and one of the few ways that I think Dark Souls 2 was kept in mind when designing Elden Ring. That game has a lot of bosses, and some of them are laughably easy. And in a series as difficult as Souls, I appreciate an easy win every now and then. Elden Ring continues this- I rarely died to a boss at the end of a cave or out in the field, but the rewards are usually pretty good, and it just feels great to one-try a boss.

And so, as is tradition on Tales from the Backlog, there had to be an episode where we tier rank the bosses. Now, because there are a million bosses in the game, I used a tier list that only included enemies marked as "Great Enemy" and above- 33 bosses in total. There are a few notable omissions from the list, but I felt good about this one. Joining me for this episode is a return guest on the show- Jim Rodeman. Jim was previously on the Hollow Knight and Hades episodes of the show, and I wanted to get his perspective on the bosses because his only experience with FromSoftware in the past was Dark Souls, and that was only a few years ago.

Here are our tier lists, and you can listen to the episode for our explanations:
Dave: 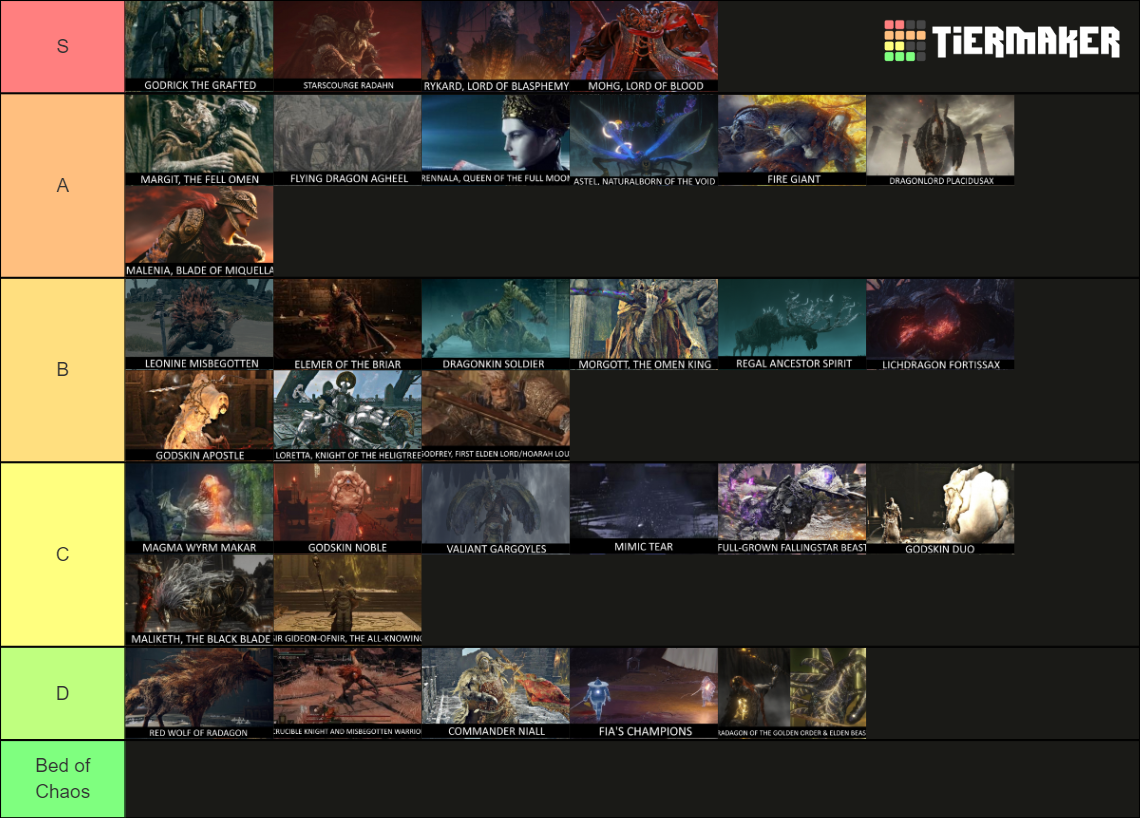 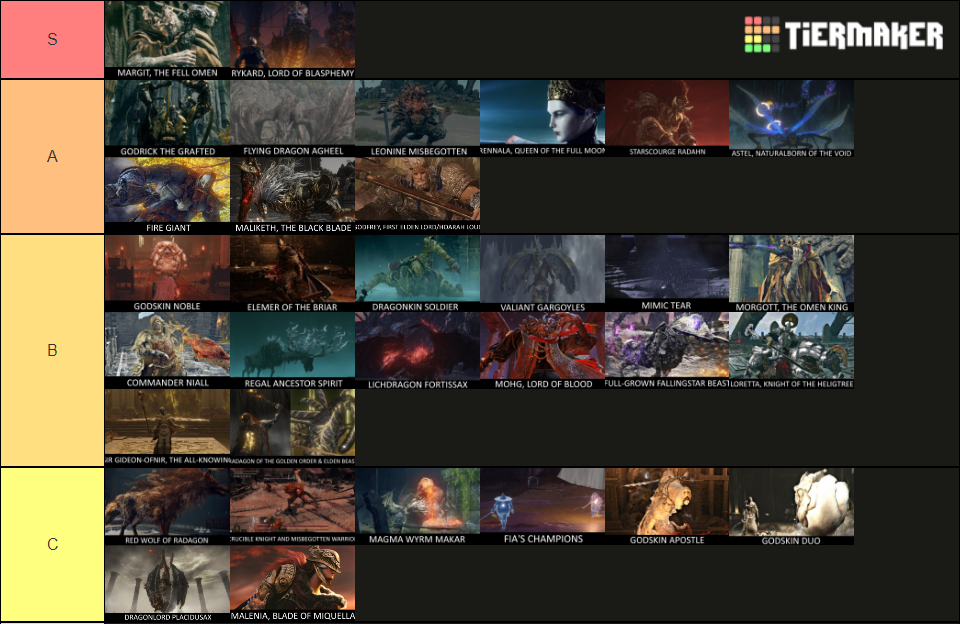 And as always, we encourage you to make your own tier list using this link, and share it with us! And a great place to share it is in the Tales from the Backlog Discord server!